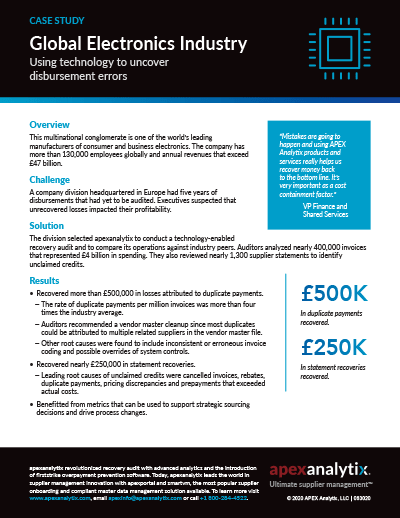 This multinational conglomerate is one of the world’s leading manufacturers of consumer and business electronics. The company has more than 130,000 employees globally and annual revenues that exceed £47 billion.

“Mistakes are going to happen and using apexanalytix products and services really helps us recover money back to the bottom line. It’s very important as a cost containment factor.”

A company division headquartered in Europe had five years of disbursements that had yet to be audited. Executives suspected that unrecovered losses impacted their profitability.